Is Polylast your “Acre of Diamonds?”

The following is taken from an Article by Earl Nightengale.  Please take a minute to read it and if you like, you can view it, in its entirety by clicking here.

Acres of Diamonds Article by:

The Acres of Diamonds story “a true one” is told of an African farmer who heard tales about other farmers who had made millions by discovering diamond mines. These tales so excited the farmer that he could hardly wait to sell his farm and go prospecting for diamonds himself. He sold the farm and spent the rest of his life wandering the African continent searching unsuccessfully for the gleaming gems that brought such high prices on the markets of the world. Finally, worn out and in a fit of despondency, he threw himself into a river and drowned.

Meanwhile, the man who had bought his farm happened to be crossing the small stream on the property one day, when suddenly there was a bright flash of blue and red light from the stream bottom. He bent down and picked up a stone. It was a good-sized stone, and admiring it, he brought it home and put it on his fireplace mantel as an interesting curiosity.

Several weeks later a visitor picked up the stone, looked closely at it, hefted it in his hand, and nearly fainted. He asked the farmer if he knew what he’d found. When the farmer said, no, that he thought it was a piece of crystal, the visitor told him he had found one of the largest diamonds ever discovered. The farmer had trouble believing that. He told the man that his creek was full of such stones, not all as large as the one on the mantel, but sprinkled generously throughout the creek bottom.

The farm the first farmer had sold, so that he might find a diamond mine, turned out to be one of the most productive diamond mines on the entire African continent. The first farmer had owned, free and clear … acres of diamonds. But he had sold them for practically nothing, in order to look for them elsewhere.

The moral is clear: If the first farmer had only taken the time to study and prepare himself to learn what diamonds looked like in their rough state, and to thoroughly explore the property he had before looking elsewhere, all his wildest dreams would have come true.

The thing about this story that has so profoundly affected millions of people is the idea that each of us is, at this very moment, standing in the middle of our own acres of diamonds. If we had only had the wisdom and patience to intelligently and effectively explore the work in which we’re now engaged, to explore ourselves, we would most likely find the riches we seek, whether they be financial or intangible or both.

SO WHAT? Become a Polylast Dealer!

Polylast dealers who recognize the potential value and benefits that can be enjoyed building a Polylast business are working to learn how to do it better and better… In fact, taking advantage of the “farm” (business) that they already own. Polylast’s commitment is to help you learn HOW to be as profitable as you choose to be and we will be working harder than ever to bring you new and better training, support and superior flooring products that you can share with your customers.  Watch for future newsletters for the proof!

Thanks for your attention and your continued efforts and involvement!

Want to learn more about Polylast?

Contact us to help you find one of our 65+ national and international dealers for surface installations. If you have a question about our product or want to become a dealer feel free to reach out to us! 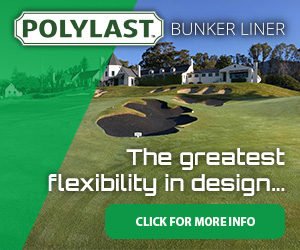 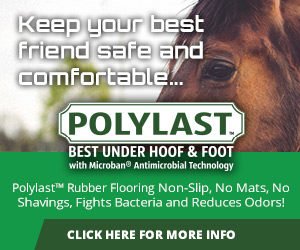 Want To Stay Current WIth News and Deals? Follow Us!

Want to be helpful?